Yes, I personally believe there are some pretty ugly names out there – both ugly girl names and ugly boy names.

It seems to me there may be more ugly girl names than boy names, but honestly, there are pretty terrible names for both genders.

What about unisex names? For some reason I think these names have far fewer ugly names between them.

My theory about this is that maybe single sex names that are prettier / nicer sounding stand a higher chance of people wanting to use those names for the gender the name wasn’t originally intended for – giving prettier names a higher chance of becoming a unisex names in the first place.

If you have any theories – or think unisex names have some pretty darn ugly names amongst them and aren’t as exempt from this problem as I believe – let me know in the comments below!

The names I believe are ugly I’m sure many people would disagree with me on. Maybe not the majority of people, but still enough to make a case for any particular ugly name to be deemed beautiful, surely.

That’s because ugliness – arguably the opposite of beauty – is definitely subjective.

While there are things about beauty that are objective, ultimately, that saying rings true – beauty definitely is in the eye of the beholder. And ugliness, it’s counterpart, definitely belongs in the in-the-eye-of-the-beholder camp as well.

While the general consensus could be that a face, colour, shape, drawing, or even a name, is pretty, ugly, or somewhere in between, there will always be some who think of these very same things as quite beautiful, even if they can acknowledge the existence of what others might see as ugly traits about them, or see why the majority may think these things are ugly.

Take, for instance, the hairless cat breed: Sphynx. Sphynx cats are often seen as creepy, weird, and even downright hideous-looking by many. But for some, Sphynxes – while maybe not the most beautiful type of cat of all to them – are still quite beautiful specimen.

Same with bulldogs and pugs – which can be the pinnacle of cuteness to some, and incredibly disagreeable looking to others – especially when you compare them to dog breeds that are far more “happy” looking, or traditionally attractive looking.

I actually think that, sometimes, the very same features that make a pet’s face appear incredibly ugly to some might be the same ones that make these pets appear ridiculously adorable to others.

In my life, this definitely feels true. We have a cat, Bjorn, who’s what appears to be half-Persian, half-tabby cat (we’re not sure because he’s a stray/feral cat we adopted), who I think fits this bill to a ‘t’.

He has possibly the most brutish face I’ve ever seen on a cat, has some super “ugly” features – not really what you’d consider handsome in the least – but he’s simultaneously the cat I think is the absolute cutest of all the cats in my household, while I’ll simultaneously admit he’s also the ugliest and the others are far prettier than he.

I’m not blind to the ugliness in the features of his face, actually I see the unattractiveness quite clearly, but it exists to me in tandem with his beauty, and the affable features and expressions he makes with his face.

I’ll often call him “ugly cute” to explain this ever-so-endearing (to me!) mix of traits.

Somehow, for me at least, the ugliness enhances the parts of him that I think are beautiful. It makes those bits stand out all the more, making him the cutest – albeit again, nowhere near the handsomest or prettiest – cat in my home.

All this to say – this article is about ugly girl names and ugly boy names – but I know I’m going to get readers who think certain names aren’t ugly at all.

And because ugliness is subjective, you wouldn’t be wrong. But maybe I see things differently.

Or maybe I don’t, since some of the names on this list I think sound quite alright or even a little pretty, and yet I know that others would think of them as ugly, so I’ve added them to this list because I think they belong here nonetheless.

All boils down to – the beauty and ugliness of each of these names is as subjective a thing as whether or not cherry bakewells are the perfect dessert – it all depends on who your asking and what their preferences are!

For the record, my vote on cherry bakewell tarts, and to be honest, anything made of marzipan – ew & no way in hell! My husband, however believes the opposite.

The list of ugly boy and girl names I’m going to be presenting includes quite a lot of names that, commonly these days, are considered to be ugly.

But at one point in time a lot of these very same names were quite popular – and I don’t think the people giving them out to their children thought they were ugly.

Chances are that today we see them as ugly, and in the past, and maybe in the future as well, they may have been seen by the majority as nice, pretty names, far from ugly.

Names fall in and out of fashion like anything else. And like with everything in fashion, eventually, absolutely everything has it’s day in the sun yet again.

The fashion trends may have a different twist when they come back ’round, but they do. And it’s a definite possibility that certain names deemed ugly today will be trendy some time in the future.

There’s also the opposite – names on this list I personally think are ugly, but that the majority of people in general might think are pretty.

So there’s a good mix in here, and hopefully – if you have a moment to leave a comment – you’ll leave a few more names that didn’t make it to the list that you personally think are ugly, too. Or names you think are pretty that others seem to think are ugly.

Have an ugly name yourself? Hated your name but found that others quite like it?

Do you have a name that’s commonly thought to be ugly, but that you actually like? Has your name ever come into and out of fashion, being thought of as pretty then ugly over the years?

Would love to hear these and any and all thoughts you have on ugly girl names in the comments down below! Now the list…

Out of the ugly sounding girl names, I do feel like there are a number of trends. First, a lot of the names sound old-timey and like they would really only have been used a century or two ago.

I suppose it’s a chicken and an egg situation!

Either way, it seems to me like a lot of these names have similar themes within them. Take for instance, “Agnes,” “Helga,” and “Gretchen.” While we know all these are girl names, somehow, they sound a bit brutish as well, and this might be part of the reason some believe these names to be ugly girl names.

There are also may be something about the letter “g” in a name that seems to be hard to pull off in a female name in a pretty way.

At least in my experience, the letters names start with and contain within them seem to make a huge difference in how pretty or ugly a name sounds.

Take for example names that start with “h” and “m.” There seem to be a number of names that sound ugly that fall into these camps: from Hildegarde and Hattie to Mavis and Mertyle.

Maybe there’s something there, but it’s possible there isn’t and it just happens to be my selection of names.

Let me know what you think about this theory in the comments down below, and if specific letters – whether first letters or within names – make for better/prettier sounding names in your opinion.

For some reason, I do believe there seem to be a lot less ugly sounding boy names than girl names.

As with ugly girl names, a lot of the horrid sounding male names actually are old-timer type names that sound like only someone born nearly a century or two ago would have as a first name.

They’re not popular anymore, and again I’m not sure if this is because people stopped naming their children these names because they thought they were ugly, or if – by merit of no longer hearing these names used often – we began to think they were uglier than more popular, common names. Which came first – the chicken or the egg?

A lot of the ugly boy names can be pulled off, while I think a lot of the female names are pretty terrible to the level that they’re definitely best avoided being given out if you can.

Some of these names are likely to end up with a boy being picked on in school if he has these names – I can see “Gaylord” and “Dick” – maybe even “Elmo” or “Waldo” being the types of names that might get a boy negative attention from his classmates.

Then there are some that actually are still used today, although not often, and where some will think they’re terrible and others think they’re magnificent and love using them.

Names like “Archie” and “Norman,” “Gerald” and “Murry” come to mind.

It all depends on who you’re asking – but again – I definitely think the ugly male names are much more usable and less ugly sounding in general than the ugly girl names.

Let me know your thoughts on this – as well as what you think are the ugliest male names – in the comments down below!

What do you think are some of the ugliest names out there?

Have you heard of any names you thought of as incredibly ugly, even though others seem to like them and continue using them to name babies?

Have you ever met someone who thought their name was ugly? What was their name?

Would you ever choose to avoid naming a baby something you thought was pretty, but that others typically or regularly thought of as an ugly name? 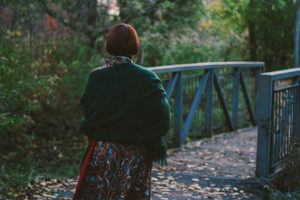 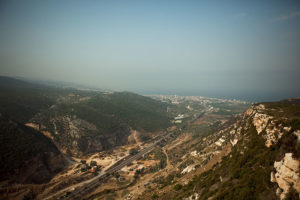