There was something just plain magical about Disney’s take on the story of Snow White and the Seven Dwarfs.

While she wasn’t my personal favourite Disney princess (that spot goes to Jasmine or Belle), Snow White was always high up on the list for me, easily beating out the ever-most-popular Cinderella.

In terms of the movie, I can remember preferring Snow White to The Beauty and the Beast, although nothing ever managed to beat out Aladdin in my books!

I’m not quite sure why, looking back, the Snow White and the Seven Dwarfs movie was so compelling to me. Maybe it was the enchanting, sweet and kind personality they gave Snow White that made me love her and want the best for her?

No matter, one obviously strange fact I literally always overlooked in childhood was why exactly Snow White lived with seven dwarfs!

Have any theories on why Snow White lived with the Dwarfs? Or did I completely miss an explanation that was actually given somewhere in the movie?

I do think Disney did a good job making sure the Seven Dwarfs were a huge part of the appeal of the movie. They certainly were to me!

Unlike the names of Santa’s reindeer, it frustrated me that I could never keep track of all the Dwarfs.

The only reason I had Santa’s reindeer names down was Rudolph the Red Nosed Reindeer. That song alone made them all easy to recall.

I almost wish Disney did the same with one of their songs, adding one about the Dwarfs and talking about them all by name so it was easier to remember them all.

Her are all the Seven Dwarfs’ names (in alphabetical order):

A fun little fact? According to this E! article, Disney went through a slew of other Dwarf names/personalities before they settled on the seven that ended up in the movie.

The rejected Dwarfs include:

Prefer one of these Dwarfs to one or more (or all!) of the Dwarfs Disney ended up going with? Let me know in the comments down below!

I sure like “Scrappy” and “Snoopy” a lot better than the majority of the Dwarfs that made it into the film. When I think of a Dwarf named “Dirty,” Pig-Pen from Charlie Brown and the Peanuts comics immediately comes to mind. What about you?

Steering the conversation back to the Dwarfs that did actually make it into the movie – now that you know their names would you like to be able to tell them apart?

I’ve given a description of each, what they wear, what they look like, and what their personalities are like, in the remainder of this article, so you can get to know each Dwarf better.

Hopefully, these descriptions will help you remember them and be able to pick them out in a lineup!

The Seven Dwarfs Names, Personalities, & Other Factors That Might Help You Tell Them Apart

Bashful is an incredibly shy fellow who’s kind, but can’t help blushing due to his bashful nature when Snow White talks to him. He’s cute and has a rosy face and often bats his eyelids throughout the movie.

Bashful aesthetically looks quite timid and shy and is sometimes seen blushing. He has a long beard.

Doc is the leader of the group, and often stutters, mixing up his words when he speaks. He’s confident and bossy, and sometimes arrogant as well.

Doc is the either the easiest or the second easiest to tell apart, as he’s the only one of the Seven Dwarfs who wears glasses. He has a short beard and often looks cheerful.

Doc wears his shirt with it’s sleeves rolled up, so unlike all the other Dwarfs, you can see his forearms and elbows.

Dopey doesn’t speak at all. Happy actually explained that Dopey “never tried” to speak. He’s very child like and is quite a clumsy dwarf.

He’s the one who asks Snow White for kisses when the Dwarfs go to work. He loves Snow White a lot.

Dopey is tied for easiest or second easiest to tell apart based on visuals alone as well, as he’s the youngest of the Dwarfs, has no beard, massive ears, and in terms of personality, is quite smiley and happy.

Dopey is often depicted wearing a purple hat, and green-yellow shirt that’s incredibly long – so long it covers the majority of his blue-green pants.

His shirt is cinched in at his waist with a belt. While many of the other Dwarfs have belts, their shirts aren’t so long on them.

Dopey looks like he’s a child wearing adult’s clothing – much too large for him – even the sleeves of his shirt hang off his arms.

His shirt is a turtle neck, though it may be that all the Dwarfs are wearing turtle necks; we wouldn’t be able to see since the rest have long beards.

Grumpy is a very disagreeable Dwarf. He complains a lot, and never agrees with anyone.

He’s irritable and angry often, quite stubborn, and will say “No” to nearly everything. He’s considered the Doc’s nemesis by some.

Initially, he doesn’t think Snow White should live with them. He softens to her presence, however, and later warns her that the Queen is a threat to her. He rushes to help Snow White when he realizes she’s in trouble.

Being the first to rescue his friends when they are in trouble, he’s obviously got a good soul albeit the grumbling, pessimistic, and often negative demeanour.

Grumpy visually looks – well, grumpy the vast majority of the time. He’s got a long beard. He’s often seen with one eye shut.

Grumpy’s often depicted wearing a brown hat, a red shirt, and brown pants. He has brown patches on his red shirt, and sometimes has pockets on his shirt as well.

Happy is bubbly and giggly. He’s obviously the most cheerful dwarf of them all, known for being cheerful and always walking around with a smile on his face.

He’s good-humoured and tells a lot of jokes as well.

Happy is typically quite jovial looking – not merely happy more like an incredibly friendly, well-natured Santa Claus. He has a short beard.

He’s often depicted wearing a yellow hat, an orange-yellow shirt with brown patches, which has a brown vest layered on top, and blue pants. He’s the only Dwarf who wears a vest.

With his big smile and his puffy body, you should be able to easily recognize this dwarf on screen!

Sleepy’s always getting tired, sleepy, and drowsy enough to start falling into a deep, sound sleep. He’s got droopy eyelids and always looks incredibly lethargic, but apparently he works just as hard as the other Dwarfs when it comes to his job!

Aesthetically, sleepy always looks like he’s about to doze off, or as though he just isn’t feeling well. Often, he’ll look so tired it’s as though he’s had the life sapped out of him. He gas a long beard.

Maybe’s sneezy’s got a continuous cold, but it looks more to me like he’s got permanent allergies! Someone get that Dwarf some Claritin!

His sneezes are also incredibly strong. He can blow heavy objects across the room with a single sneeze!

Always sneezing at the worst of times, like when he’s hiding, this poor Dwarf at least has the help of all his brothers, who do their best to comfort him although he’s always sick.

Sneezy’s nearly always sneezing, and as a result, in many pictures, he’ll have his finger under his nose waiting to catch another sneeze. He has a short beard.

Your Thoughts on the Seven Dwarfs Names?

Did you come across this article remembering a number of the Seven Dwarfs’ names, but not all of them? Which names do you find easy to remember? Which do you often forget?

Do you feel it would have been easier to remember their names if there was a song about them in the Disney movie? Do you think this would have been a good or pretty lame song to include?

Did you have a favourite Dwarf or two growing up? What were the names of the Dwarfs you disliked?

What did you think of the Dwarf rejects list? Can you think up any hilarious, cool, or cute Dwarf name ideas that Disney didn’t mention considering? 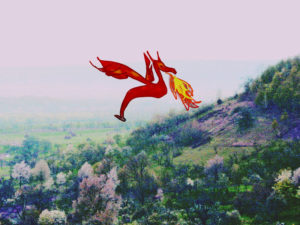 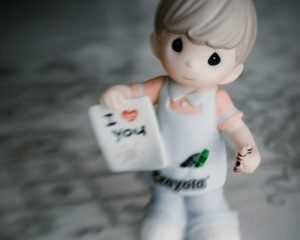