There are a lot of reasons you might want to give a nickname to a crush. A lot of those reasons, I would assume, have an element of secrecy at their core.

When you have a crush, chances are really high you don’t want the whole world to know.

You almost certainly don’t want your crush to know, otherwise they probably wouldn’t be a crush. If they knew, chances are high they’d be either your girlfriend/boyfriend, or they’d be your friend/an old acquaintance.

Besides wanting to keep your crush a secret from the person him or herself, you likely want to keep who you like a secret from a number of other people.

Sometimes, you don’t mind most people knowing, and you just need those you feel are untrustworthy with the secret (people who might tell your crush!) to be kept from learning who your crush is.

Other times, you’d really rather hardly anyone know who your crush is at all.

Usually, when you’re trying to keep things top secret, there’s an element of fun in the mystery of it all, keeping things under tight wraps.

But there’s often a bigger element of worry and concern over the wrong people learning about your crush, which is why the secrecy element is important and not just fun.

If you’re looking for a secret nickname to give your crush, there are a lot of ways you can go.

Some names will make it much more obvious you’re talking about a crush, without revealing who it is at all.

Other names make it nearly impossible, or as close to impossible as one can get to know you’re talking about a love interest at all. They’re essentially like secret code names for your crush.

I’ve done my best to list a bunch of different ideas – types of ways you can go about naming a crush, as well as specific examples of what are good, cute, or really top-secret sounding nicknames in my opinion.

If you really need to go as secretive as you possibly can, I’d recommend scrolling down to the bottom of this list, where I have what I think are some of the most difficult-to-decode ideas for crush code names.

Not only would I love to hear your thoughts, stories, and suggestions, I’m sure others looking for names to give their crushes would benefit from hearing what you have to say as well.

Fun, Cool, Cute, & Secret Code Names You Can Give Your Crush

Give Your Crush a Nickname Based on a Favourite Celebrity

If you like the idea of giving your crush a secret codename based on a celebrity you like, there are quite a number of different types of celebrities to choose from. You could give a nickname based off of a favourite:

You could go the route of naming your crush after a celebrity’s you think he or she is like, a celebrity both of you happen to love, one that reminds you of him or her, the options are endless.

If you’re thinking of giving your crush a name based on a fictional character you like, you can also choose to pick from a plethora of different types of media, like a:

You could also name your crush after a character that looks like your crush in your opinion, if there happens to be one.

Nickname Your Crush After a Meme

If there’s a meme that just so happens to remind you of your crush, or that you’ve spoken about often or memorably before, it would be pretty funny to name your crush after a meme.

Changing your crush’s name to “World’s Most Interesting Man,” “Side Eyeing Chloe,” “Success Kid,” or “Surprised Pikachu” would be hilarious in my books.

Heck, even if your crush sees that name pop up when he or she messages you nearby, there’s no need to stress and nothing to fear with a meme as his or her name field. Only hilarity will ensue.

Nickname Your Crush After a Colour

If you’d like something quick and easy, pick a colour to name your crush after.

You can pick their favourite colour or some other colour, maybe one that reminds you of him or her.

And if you’re interested in picking a colour that sounds more like a normal name than “Purple” or “Red” you can pick something like “Violet” or “Garnet.”

Good names that are based on colours include:

If there’s a specific memory that you feel is really poignant to you and you love having shared with your crush, you might want to give your crush a cute nickname based on that particular memory.

If you had a blast playing Super Smash Bros until the wee hours of the night, you could call your crush “Dodge” or “Heavyweight.”

If you just can’t stop messaging on Instagram, you could call your crush “Gram” or “Instalove.”

Lots of options here. And since this is the most customized option to your relationship, I personally think it’s the cutest.

If you just want things to be a little bit secret, and you’re looking for a way to hide who you’re talking to from those around you, just changing their name in your phone to your crush’s initials might do the trick perfectly.

Use Your Favourite Trait About Your Crush to Refer to Them

If there’s something that really stands out to you about your crush, it might be the perfect thing to use to name your crush after.

My first cat had piercing green eyes, and at the time my husband and I took him in, we were watching Grey’s Anatomy. His gorgeous eyes reminded me of the character Jackson Avery, and I thought the “Avery” bit made for the perfect name for our newly adopted pet, so that’s what I called him.

Piercing eyes a thing, but want something more funny to put into your phone as your crush’s name? You could go with something like “EyesThatKill” or “ThoseEyesTho.”

Just think your crush is a stunner? You could go with something like “Drop Dead Gorgeous” or “Beaut.”

And if your crush’s sense of humor is what’s got you enamoured, you could go for a nickname like “The Comedian,” “Chuckles,” or just simply “JK.”

Terrible suggestions? I think so, but I’m sure you get what I mean and can think of better ones, so if you do, please leave them in the comments below.

Super Secret Names You Can Give Your Crush

Super Secret: Give Your Crush an Incredibly Common Name That Isn’t Theirs as a Code Name

If you’re looking to talk about your crush in a way that’s super secret, and you don’t want to give away the identity of the person at all, but would even rather go so far as to throw people off the scent, try using an incredibly common name, but one that isn’t theirs.

You may want to steer clear of using any of the names of people who are in your life already – even if it’s acquaintances. This includes people in your class or who you work with who you don’t even talk to, for instance.

That makes it easier to avoid some people getting the wrong idea about who you’re talking about in a bad way if they happen to overhear, or someone who knows them hears and believes what you’re saying is about them.

Essentially, if you use the name of a person you know, even if the person is only an acquaintance, you could cause unnecessary drama (the person with that name might hear you and think your crush is on them or be told by someone who overheard your conversation that you like them).

Doubly Super Secret: Give Your Crush a Unisex Name That Isn’t Theirs as a Code Name

If you’d like to try to throw people off your scent even more – say by making stories you tell about your crush, or phone calls and texts from your crush, less obvious they’re about someone you like, try giving your crush a unisex name, so it’s less obvious which gender the person is who you’re talking about or chatting with.

There are so many unisex names out there that you can choose from a wide variety of options – and if you want, you can narrow down the list further by, say, choosing a unisex name that has the same first letter as your crush.

Want to go even more super secret, but still want some kind of a naming convention?

What do you think of these super secret code name suggestions? Do you have any more? Leave your thoughts in the comments down below!

Your Thoughts on Names to Call Your Crush?

Have you ever given your crush a secret name? What was it? Did it do it’s job of being super-secretive? Did you intend for the name to be secrative?

What about your current crush – what do you think you’ll name him or her?

What types of things would you use a nickname for your crush for? Who do you want to keep from knowing about your crush with this different name?

Would you ever or have you ever told a crush about a name you were calling him or her, maybe once you started dating or became friends later on instead of them being a romantic interest?

What happened? Did they like the name, find it funny? Did you keep calling them that after your crush progressed to a full blown relationship or fizzled out?

Would love to hear your thoughts and stories, as well as any suggestions you have for things to name crushes, in the comments down below! 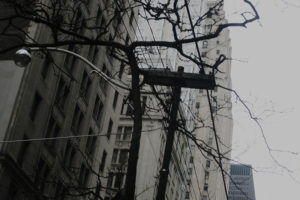 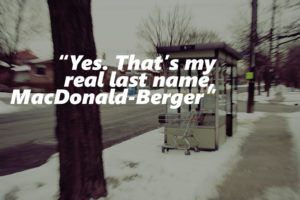